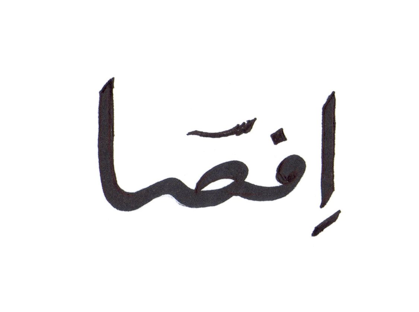 Ifsa was born on Hajj day on 9-May-1995 in Hong Kong. After her 6th birthday, she was diagnosed with brain tumor and underwent an operation on 29-May-2001. For further radiotherapy treatment Ifsa was taken to Toronto, Canada in July 2001.

On 9/11 her treatment was completed but a subsequent test in October showed tumor was still present. Ifsa and her family returned to H.K. In Nov & Dec 2001 Ifsa underwent some new experimental treatment at a Shatin hospital. She also took some Chinese medicine. Nothing helped.

On 16-Jan-2002 Ifsa was taken to hospital and at 8:02 a.m. on 18-Jan-2002 (Friday) she was summoned to Janatul Fardos. Ifsa resides in Chai Wan Muslim Cemetery, Section 1 in Hong Kong. Islamic Scholars say all children fly around in heaven enjoying ALLAH’s bounties. At end of 2002, Mufti Mohammad Arshad and Qari Mohammad Tayaib suggested to start IFSA QURANIC COMPETITION [IQC].

IQC is the only territory wide competition inviting participants from every Madarassa in Hong Kong. Students are proud to take part in it. IQC gives equal opportunity to boys and girls to take part. Many have already taken part in IQC and many will. It is the only independent certification of their Quranic recitation. IQC is an independent personal event in the Hong Kong Islamic calendar. IQC is not connected with any madsrassa, mosque, business or any organization.

In every competition there are three external judges to ensure impartiality. A chief judge presides over the function and a Chief Guest of Honour signs every certificate issued to the participants.

Please pray for Pervez and his whole family. Thanks. ALLAH (SWT) bless us all present here. Ameen.